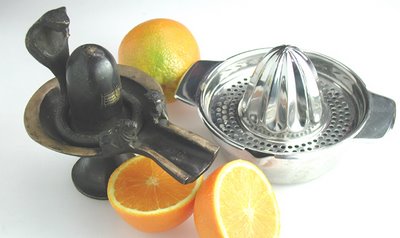 Related cartoon from the future (March 2007) by Mark Stivers.

Sacred, profane or mundane? The good Frater Holme's raison d’être is to demonstrate that "sacred" symbols percolate into [and out of] mundane and profane everyday objects.

So, top photo, yet another visual simile for your consideration - India's ancient sacred "Post/Vessel" Yonilingam with androgynous serpent, left, and on the right, a Supermarket version? For an explaination of this coital iconograph of Shiva's phallus and Pavarti's vulva, see Yonilingam basics with other reference images here.

Here, a recently discovered commercial iteration  in the middle bars of our visual harmonic- to demonstrate that, indeed, popular culture continually extrudes the mythic!

Other visual affinities within this project: The Bucranium (Sacred Ox Head) and the Crucifix below, and the even more frightening Madonna Code.

While this novice observer sees the "Y-post" (illustration above) as a coital construct with vulvic "V" atop phallic post - the same as our prosaic wine glass - Carl Schuster equates the Y-post as (ibid. pg 14)- "the image of a tree with the branching of the human race. This correspondence between Tree & Genealogy lies beneath a wide range of cultures, in fact, Culture. Ultimately it rests on the analogy of plant propagation and the notion of human birth from budding."

"By its branching, the Tree symbolizes the Tribe, and thereby especially its ancestors to whom sacrifice must be brought. To me, the forked post is the symbolic reduction of the Tree (its use in connection with sacrifice, though important, merely extends its basic meaning as Tree)."

"This association of Tree & Genealogy dates from a least Upper Paleolithic times. What began, I assume, as a 'natural' metaphor, became- quickly, perhaps - an elaborate symbolic system that included limb-sharing ancestors, two-headed, joint-marked figures; and much more. There is nothing 'natural' about these systems: they are inventions, transmitted by word & practice." from Schuster / Carpenter's Patterns That Connect, 1996, Abrams, isbn 0810963264.

In his defense of Schuster, Carpenter points out that (paraphasing) "nothing about Carl Schuster's work evoked greater skepticism than his approach" which "excluded no relevant category of traditional culture," nor "data from diverse cultures, periods and continents". While their book, Patterns That Connect, does extend the Y-post motif to patterns on clothing, to "rebirth" gaming boards and ancient labyrinths, nowhere does Schuster's vast collections include obviously related (and I suppose, even less defensible) "everyday" Y-post motifs such as the Maypole, crucifix, wineglass or our cowboy boots atop posts. Perhaps the larger 3500 page version "deposited in academic libraries" includes the populist mundane - we will see on our next visit to academialand.
Posted by Gary Regester No comments:

Who is Asher'ah? Part Three: The Weavings 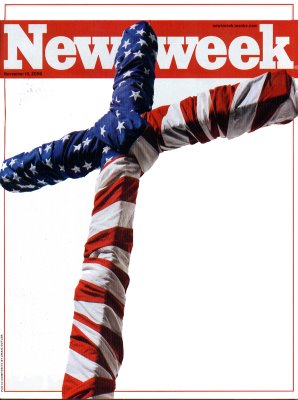 From Book of 2 Kings 23.7, NRSV, 3rd Ed., 2001 "[King Josiah] broke down the houses of the temple prostitues that were in the House of the Lord, where the women did weaving for Asherah." From the Jewish Publication Society's TANAKH, 1999, a transliteration of the Hebrew masoretic text "where the women wove coverings [Hb. batim] for Asherah." Raphael Patai, 1990, page 299 comments "The Septuagint [the early Hebrew Scripture translation to Greek, 300-100BC] [uses the Greek word]'stolas', that is, 'garments' for batim which may be based on an original badim, ie, 'linens'. The expression badim '(a person) clothed in linens' appears as a standing epithet for a mystical figure in Ezekiel 9 and Daniel 12." -from The Hebrew Goddess, isbn 0814322719

Recall that the general Deuteronomist's usage of an "Asherah" is a "sacred wooden post or pole", not the Goddess. Then the reference to women weaving linens within the precincts of Solomon's Temple for the sacred pole. Sounds a bit like Betsy Ross to me. So, is today's cover illustration of the American edition of "Newsweek", the weekly news magazine, a modern iteration of an ancient ritual? - the symbolic fabric wrapped around the symbolic pole - the ersatz female wrapped around the ersatz male - the image is too perfect. Keep it in mind for future blogs here. Please re-read the two earlier blogs - "Who is Asher'ah?" Part One in June 06 and Part Two in July 06. Newsweek cover illustration credit: photographer,Craig Cutler, 2006.

American voters, please do so tomorrow - for the world's sake.
Posted by Gary Regester No comments: