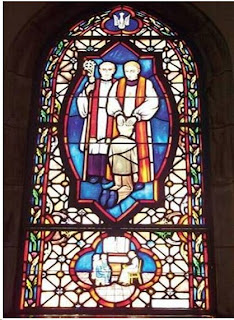 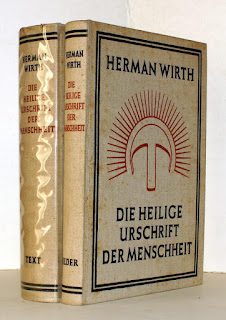 In our search for the origins of what is now the Greek letter "Phi" ϕ, we earlier discovered "Die Heilige Urschrift der Menschheit" (rough trans: "Sacred Original Writings of Mankind"), a two volume symbolist opus by Herman Wirth, published in 1936, Leipzig. The Dutch symbolist Wirth's research was sponsored by the Nazi SS leader Heinrich Himmler during this period (1935-1938). Wirth is rather infamous for "advocated the Swastika as 'species-specific sign of salvation'" in 1925. A very difficult set of volumes to find, WorldCat shows about four sets in USA libraries and four in Germany - here is a sampling of the first 15 of 400 illustrated pages of the second volume, "Bilderatlas". Below, Wirth's earlier, 635 page, volume from 1928. 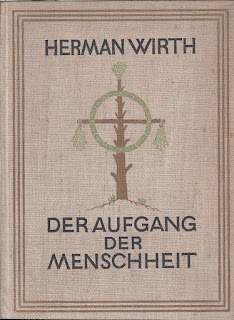 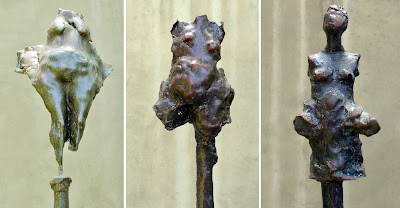 Ruth- Thank you for a lovely and unexpected Mayday morning!  Such a lovely body (pun) of work.  And, as you mentioned, inspired by the maypole motif.  And thank you for the instruction to find the living  Maypole just down the street on Sunset Blvd. (photo below).  Unbelievable!

Here are some links for your granddaughter to show to her that yours is a 13,000 year old oeuvre:
13,000 year old Maypoles- click to enlarge photos - reindeer head on left, read commentary.
Egyptian Maypoles-
TODAY's most famous Maypole- (how be it upsidedown in this image) and its related historical "Phi" symbols - set one, set two (The "Phi" symbol also denotes the Golden Ratio of 1.61803398874989)
Chinese Maypoles-
Schuster's Maypoles-
Advanced Maypoles-
Cowboy Maypoles-
Islamic Maypoles-
Christian Maypoles-
My Maypoles- 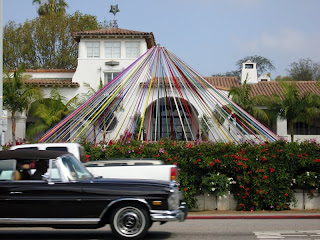