Patmos, the Island of the Apocalypse 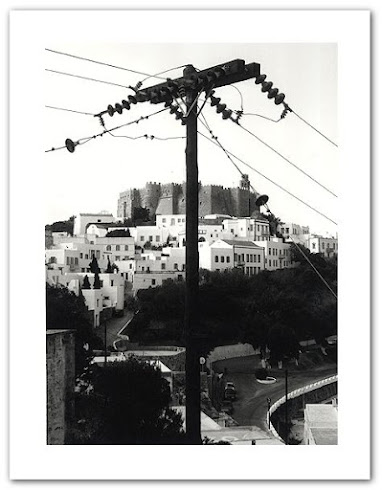 This unlearning project begins with a visit with my friend, Babis Alexandrou, to the island of Patmos in 1995 during the Eastern Orthodox celebration of the 1900th anniversary of the writing of the Book of the Apocalypse, commonly called "Revelation" by St. John the Divine. John was said to have been exiled by the emperor Domitian (81-96 ce) on a deserted desert island of Patmos. However, Patmos was hardly a deserted island. In 95 ce, the island was a maritime trading point between Asia Minor and Europe with at least 4000 inhabitants and one of the largest temples to the asian goddess Artemis (Diana) - complete with officiating hierodulic priestesses - located outside of the cult center of Artemis, the seaport city of Ephesus, only some 55 miles away - see Acts 19.24-35. This temple was about 20 minutes walk from the grotto where John and his disiple, Prochorus, are said to have been writing their Revelations. In 1088ce, the temple was destroyed by the Orthodox monk, Hosios Christodoulous of Latra. On its ruins, Christodoulous built the present fortress- monastery (below - more of my Patmos photos).

This changes everything. John the Divine could have said, "Prochorus, I'm exhausted by dictating this dream. You tidy up some of the syntax. I met a priestess in the bar last night - see you in a couple of days." Time to re-read the Book of Revelation - especially the references to women - especially, to the Artemis-related woman clothed with the sun, standing on the moon, about to give birth, fighting a dragon - who features in the twelfth chapter - as her story is the inversion of the pre-existing Greek myth of the twins, Apollo (sun) and his sister, Artemis (moon) killing the she-dragon, Python, because the dragon attacked their mother, Leto, while they were invitro. Strange Christian window into "pagan" feminine mythos. Something, no protestant preacher ever preached at me. 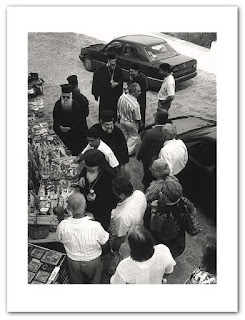 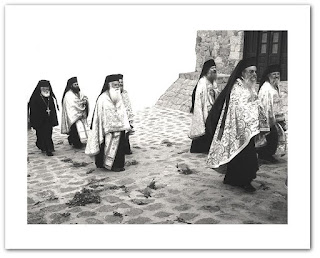 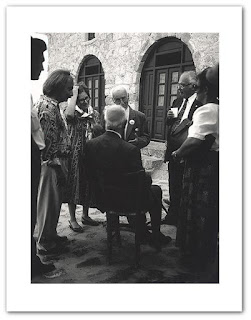 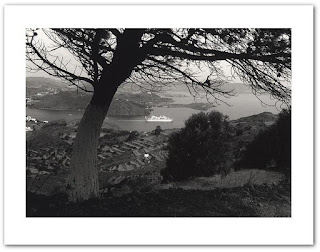 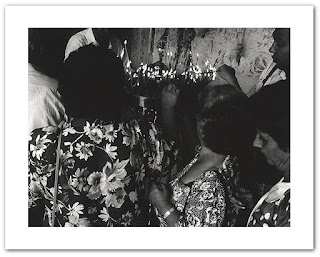 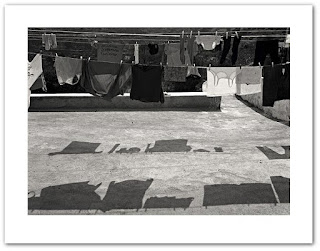